of the largest residential roofing companies in the southeast

When ARAC Roof It Forward opened for business in 2005, the founders knew they wanted the company to be more than just profitable. They wanted to help give back to the communities ARAC served.

However, to do that, a certain level of profitability needed to be achieved in order to fund initiatives that could make a real difference.

After several years of sustained growth, ARAC was able to begin the Roof It Forward program, which has raised over $300,000 to date for charitable causes in the seven metropolitan areas the company serves. A percentage of every dollar they make goes toward these donations.

Over the past decade and a half, the key to helping fund this incredibly important program is ARAC Roof It Forward’s stable growth. One of the key pillars along the way has been the consistency of EagleView reports.

"Every year, EagleView adapts and the imagery gets better. I’ve tried all of the other companies, but they’re not as adaptable and don’t work out in the long run." 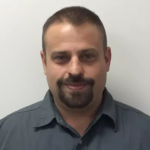 In Georgia, where an average roof can have around 28-30 different slopes to measure, sending a crew to take all those measurements is a huge waste of time. In fact, many of ARAC’s jobs deal with roofs of 100+ slopes. “When you're calculating 36 faces, or even more than that, you go from being a roofer to a mathematician,” says Justin. “It’s a waste of resources that could better be used in other areas.” Additionally, as the number of slopes on a roof increases, the waste factor does as well, meaning ARAC has to be more analytical about their approach.

“They save us tons of time on big jobs and are easily the most recognized when dealing with insurance companies,” claims Justin. “EagleView is the center point most people generally agree on, so insurance companies always accept the measurements.”

On top of razor-sharp measurements, EagleView’s suggested waste factor uses roof measurement data specific to individual properties and a propriety algorithm to deliver consistent and accurate waste calculations. Before this feature was available, ARAC would always be told to leave 10-15% for waste – but on a 30- to 40-sloped roof, that is “not going to cut it”.

“EagleView’s very good about listening to people and providing contractors with the tools they need most,” says Justin. “And since they’re the industry standard, insurance companies will listen to that suggested waste factor calculation.”

of the largest residential roofing companies in the southeast

Since ARAC began using EagleView reports, the business has averaged an astonishing 40% year-over-year growth. EagleView has helped spur growth tremendously because the company can see the measurements without having to get out to the property.

“EagleView makes a big difference because it’s so easy to use, which is what they’ve done better than anyone from Day 1,” says Justin. “Without it, we would have to send more reps out there, which increases costs a lot.

Another important distinction between EagleView and the competition in Justin’s eyes is adaptability – listening to customers’ needs and making decisions that will help them thrive.

“Every year, EagleView adapts and the imagery gets better,” he says. “I’ve tried all the other companies, but they’re not as adaptable and don’t work out in the long run.”