In rural Davison County, SD, Jeff Bathke supervises six departments - planning and zoning, emergency management, drainage, flood plain, GIS, and the 9-1-1 address system. Constituents come from all over to request information from Jeff about their properties – from its capacity to fit new structures to where the property lines end.

With responsibility for so many departments, it’s critical that Jeff manages resident requests quickly and accurately.

"When a customer walks in here, the first thing I do is ask for the address and pop it up on a 42-inch monitor, so we’re both looking at the property with EagleView imagery,” said Bathke.

Using EagleView images, Jeff helped one resident determine if he could fit two new grain bins on his property. Another resident learned that their property line wasn’t where he thought it was, preventing him from building on land he didn’t own.

Jeff estimates that EagleView aerial images save him about 2-3 hours per inquiry, as well as the added hassle of having to navigate to each property. "I don’t know how I could do this job without having [EagleView imagery] up on the wall,” emphasized Bathke.

Given Jeff’s extensive responsibilities, having EagleView imagery and ChangeFinder at his fingertips is incredibly important – especially in the face of disaster.

"I don’t know how I could do this job without having [EagleView imagery] up on the wall." 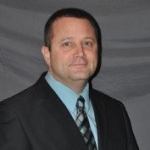 In March 2019, Davison County experienced catastrophic flooding. Due to cold temperatures, the still-frozen ground meant the flood water had nowhere to go, creating a nightmarish situation.

Davison County was actively creating a new flood plain when this untimely flood occurred. It became clear the process needed some help.

Fortunately, Davison County’s flight with EagleView came soon after the flood, meaning the scope of the disaster was visible in the incoming imagery. Not only did these images help determine which areas were hardest hit and required the most attention, they made it easier to map the new flood plain.

“The updated maps give a much more accurate evaluation and view of what will be in the flood plain,” Bathke continued.

On top of the hours of work saved by using EagleView imagery for flood plain inquiries, the rich data gave Jeff invaluable insights into which of his constituents needed to be included in the flood plain area, potentially saving them tens of thousands of dollars in flood damage losses.

“Fields flooded that had never flooded before, in areas that we planned to remove from the flood plain,” said Bathke. “But the imagery showed us which areas we couldn’t remove, which would have been next to impossible without it.”

The post-flood imagery clearly showed that some of the areas they had planned to remove could certainly fall victim to a nasty flood. If Davison County had removed residential areas from the flood plain that they originally thought were not at risk, new homeowners in those areas may not have considered purchasing coverage from the National Flood Insurance Program (NFIP).

“If they’ve got a $200,000 mortgage, and don’t have NFIP insurance, then standard insurance wouldn’t cover flood damage whereas the NFIP might pay out up to $250,000,” explained Bathke. “If you lose $50,000 between gutting the basement and losing your belongings, getting that money is incredibly important to help recovery efforts.”

In the event of another flood, EagleView imagery has provided Jeff with accurate information to identify flood risk for Davison County residents. “I don’t want someone to buy a property, watch it get flooded, lose their life savings, then blame the flood plain department,” he said.

Due to cuts in government spending, Jeff’s budget has been trimmed from time to time to eliminate unnecessary programs. Fortunately, because EagleView is considered mission critical across all his departments, it is always an easy resource to defend.